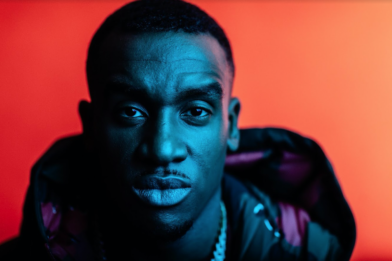 ‘Don’t Cry’ ft. Dermot Kennedy is an anthem that journey’s Bugzy’s near-fatal accident in March, narrating the experience Bugzy went through when he hit the floor and was looking up at the sky. The Myles Whittingham directed video is a vessel for this story, with the swaying of momentum in the boxing match acting as a metaphor for the mental and physical journey of the accident. In true King of the North fashion, Bugzy delivers technically perfect verses and showcases the incredible lyrical ability that everyone has come to love of him. This is balanced perfectly by Dermot Kennedy’s powerful, gritty chorus and delicate touches; providing an exciting collaboration from the number one selling artist and BRITs Best International Male nominee.

‘The Resurrection’ sees Bugzy Malone at his very best. This body of work is full of hard-won wisdom and undiluted street delivery on an elevated level that sees Bugzy produce his most accomplished work to date. The tracks weave social commentary and personal experience which produces something both complex and powerful.

‘Don’t Cry’ ft. Dermot Kennedy follows on from recent release ‘Doe’d Up’ and M.E.N III, the third instalment of ‘of his legendary M.E.N series which debuted at #18 in the singles chart, giving Bugzy his highest single chart position to date.

Since bursting onto the scene in 2015, Bugzy has flourished beyond the London-centric epicentre of grime and UK rap, taking on the big hitters at their own game. Armed with dexterous wordplay, an unwavering sense of self-belief and a willing work ethic, Bugzy has proved time and time again that he is The King of The North. His catalogue boasts four top ten projects and last year he made his acting debut in Guy Ritchie’s box office hit movie ‘The Gentlemen’. Bugzy, even in the face of adversity, continues to cement himself as a force to be reckoned with in the UK music scene and beyond.