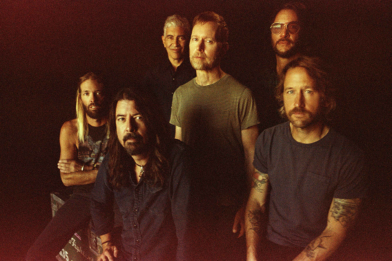 “Shame Shame” is the first taste of the band’s forthcoming 10th album, Medicine at Midnight, due out February 5, 2021 on Roswell Records/Columbia Records.

Medicine at Midnight is available for pre-order now — including a limited edition purple swirl vinyl version, available exclusively at http://smarturl.it/FFOnlineStore.

Produced by Greg Kurstin and Foo Fighters, engineered by Darrell Thorp and mixed by Mark “Spike” Stent, Medicine at Midnight packs the following nine songs into a tight ass 37 minutes: