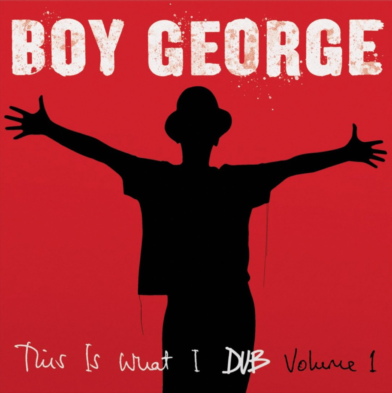 One of music’s most iconic artists, Boy George has unveiled a new album This Is What I Dub, Vol. 1, the first body of work to be released via his own label, BGP (Boy George Presents). With the record comes new song ‘Isolation’ – listen below.

“Expect anarchy and confusion from myself and BGP in the coming months. We need music now more than ever. No rules in isolation. The punk, dub spirit prevails.”

The independent release features a bunch of what George terms ‘accidental’ duets, and guest appearances by artists such as George Clinton, Sinead O’Connor, Dennis Bovell and Dr Brian Kennedy alongside newcomer Joe Worricker with U Brown. Of the record, Boy George said: “This album feels very cohesive and puts me in one of my favourite places, inside a skanking dub with Richie Stevens working the mixing desk. Roll on Volume 2. Expect more dub. Lots of dub. Load up those speakers!”

This Is What I Dub, Vol. 1 features three previously unreleased songs; ‘Vanity Project’, ‘Original Sin’ and ‘Things Are Gonna Change’. Elsewhere, George covers songs from his last solo album – mixing in a host of guests and making lyrical changes. Bonus tracks include the previously released song ‘Clouds’, with an additional dub from Spatial Awareness, and new song ‘Isolation’, which had its first play yesterday on Radio 2.

This Is What I Dub, Vol. 1 by Boy George

Listen to This Is What I Dub, Vol. 1 by Boy George

This Is What I Dub, Vol. 1 and ‘Isolation’ are both available on CD at boygeorgepresents.com