LA band Chase Atlantic have debuted, ‘HER’, the first single from their upcoming sophomore album. The new track is complete with engaging beats that reflect the band’s cool, confident delivery and deft ability to blend and bend the rules of pop music. The accompanying music video is also out today, which explores the dynamic between perception vs. reality and the struggles that young people face in today’s digital age.

Hot on the heels of their Don’T Try This EP, and with the release of their much-anticipated second full-length on the way, 2019 looks to be Chase Atlantic’s biggest year yet. Their new record, PHASES, will be released on Friday, June 28th via BMG/MDDN. The 12-track effort finds the three-piece operating at the height of their powers, with stellar tracks that showcase the wide-ranging breadth of their abilities to reveal a darker side of their existence. The album is available for pre-order, and the official tracklisting is included below as well.

“We made this album because we wanted to drastically pivot the angle in which pop culture is viewed and ultimately digested,” says lead vocalist, Mitchel Cave. “This album feels as though it is truly a work of astronomical measures. It’s the first time we were able to honestly and openly hone into something so monumentally special and raw without compromising even an inch of our integrity as artists. We’ve developed a completely new sound within a matter of months that has never been tapped into before. Chase Atlantic is now dwelling within a realm of its own; it’s both scarily isolating and blissfully euphoric at the same time. Welcome to a whole new era.”

Chase Atlantic will also be embarking on a massive North American headline tour this summer, presented by Live Nation’s Ones To Watch and The Noise. The 29-date run begins and ends on the East Coast – launching in Philadelphia, PA on Friday, June 14 and wrapping in Silver Spring, MD on Thursday, July 25. Up-and-coming artist, Lauren Sanderson, will provide direct support on all dates. Half the shows in major cities are already coming close to selling out, including The Regent Theater in Los Angeles, House of Blues in Chicago, and Webster Hall in New York City. Don’t miss seeing Chase Atlantic live – tickets are on sale now and can be purchased on the band’s website. 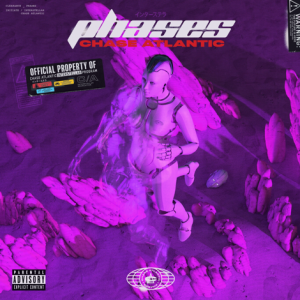