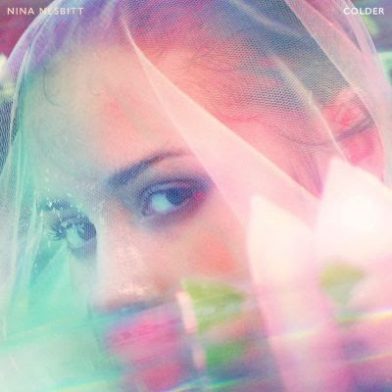 Nina Nesbitt kicks off 2019 with the video to her new single ‘Colder’. Directed by Debbie Scanlan and filmed in Palm Springs in Bing Crosby’s old house – the song has already had over 4 million streams and support from Radio 1 and Radio 2.

Produced by Fraser T Smith(Stormzy/ Adele/Drake/Florence and the Machine), it comes hot on the heels of ‘Loyal To Me’ which saw Nina secure both Radio 1 and 2 playlists and projected her streams to over 120 million and over 10 million monthly Spotify listeners.

Nina explains: “Colder was the last song I wrote for the album. It was written after watching young kids in love and how fearlessly they fall for each other because they’ve most likely not had their heart broken before. It’s a song about the aftermath of that and explaining to someone why you find it hard to open up”.

Fresh off a 24-date tour with Lewis Capaldi,Nina Nesbitt also recently announced a headline tour for April 2019 – kicking off on 8thApril in Bristol and concluding at the Islington Assembly Hall in London on 17th April 2019.

Tickets for the tour are available from http://www.ninanesbittmusic.com/tour/

‘Colder’ comes ahead of the eagerly awaited second album, ‘The Sun Will Come Up, The Seasons Will Change’ out on 1st February 2019, which showcases Nina at her lyrical and musical best.

Featuring production from Lostboy (Anne-Marie), Fraser T Smith (Adele, Drake, Gorillaz, Florence and the Machine), Jordan Riley (Macklemore, Zara Larsson) and Nina herself; the album has been three years in the making and bears no hint of compromise as Nina demonstrates her unique talent for acute lyrical observations and ear-worm melodies. Heralding a musical change of direction from Nina with more obvious pop influences, the album is a scintillating journey through a whole range of genres and moods.

Album highlights include the multi-layered, story-telling ‘The Moments I’m Missing’ which was written and produced in Nina’s bedroom; the R&B tinged ‘The Best You Had’ which was embraced by Hollywood royalty in the shape ofChloë Grace Moretz and Taylor Swift; the love song with a twist ‘Somebody Special’; pop classic ‘Loyal To Me’ and more heartfelt ballads like the empowering ‘Empire’ and ‘Is It Really Me You’re Missing’ (the song which was put on hold for Rihanna), which fully showcases Nina’s glorious voice.

Nina’s reach globally has also been illustrated by the reports of both Spotify and Apple promoting her single in New York’s TimesSquare on huge billboards and the fact her writing credits now include The Shires, Jessie Ware, Matoma, Olivia Holt, Jonas Blue andmore. Nina has also featured on tracks with other artists, notably ‘Somebody’ with Sigala & HRVY and Jonas Blue on ‘Desperate’, demonstrating how far she has come as an artist and writer.

In a music industry that often doesn’t give you second chances, or time to settle into the artist you want to be, ‘The Sun Will Come Up, The Seasons Will Change’ shows that Nina’s hard work has been rewarded. Her 2019 is only going to get even bigger and better.