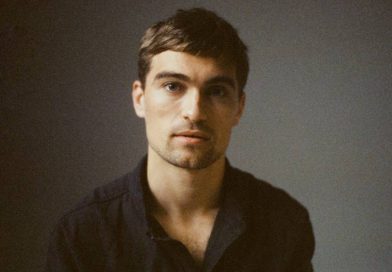 Singer-songwriter Rhys Lewis kickstarts 2019 with the release of his brand-new track, ‘Better Than Today’, out on the 4th January 2019.

2018 was certainly a whirlwind year for London-based singer Rhys Lewis. With his music reaching an ever-growing global fanbase, his music has become known for dissecting his own experiences with an impressive honesty and bravery making it irresistible to listeners worldwide.

His new single ‘Better Than Today’ is a New Year’s resolution of sorts. Speaking of the new track, Rhys says, “We’ve been living through some pretty turbulent times in recent years. I wrote this song to ease my anxiety about the state of the world and remind myself that, whatever our differences are, whatever we choose to believe in, we all live with the same good intentions common, and we’re all hoping for a better tomorrow.”

This track also marks the start of a new creative chapter for Rhys, having taken on the role of producer for the first time. Working alongside Aidan Glover, who he also co-wrote the song with, the track was recorded straight to tape in their studio in South London.

Originally hailing from Oxford, Rhys is a 27-year-old singer and songwriter who crafts songs with an emotional honesty and vocal maturity that belie his young years.

With seven songs and an EP release to date, Rhys is fast catching the attention of critics and fans internationally. Touring extensively in the past couple of years, including with Freya Ridings, JP Cooper and James TW, he’s built up a fan base across Europe that queue overnight to be first in to his electrifying headline shows, selling out shows from London to Amsterdam to Berlin.

Heart-breaking ballad ‘No Right To Love You’ was released in May this year and has quietly grown through the year to help his catalogue boast over 80 million streams.

‘Better Than Today’ is a sign of exciting things to come for Rhys in 2019. The track makes a statement, as does he so there should be no holding back for this fast-rising artist.