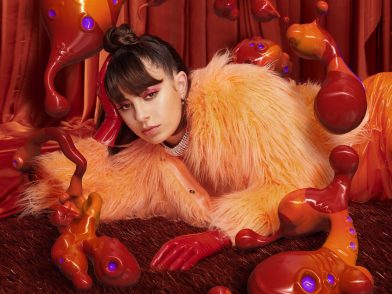 Pop trailblazer Charli XCX has unveiled her certified future pop anthem “Girls Night Out”, the latest in a series of tracks that she is releasing throughout the summer. Watch below!

Following “5 In The Moring”, “No Angel” and “Focus”, which set the Internet alight throughout May and June, “Girls Night Out” is 3 minutes 47 seconds of feel-good pop gold, laced with a heavy dose of party-girl spirit. Already a fan favourite from the live circuit, the track has been produced by SOPHIE and co-produced by Stargate.

Currently supporting Taylor Swift on her global stadium tour, which came to Wembley Stadium for two nights in June, XCX recently took time out her tour schedule to attend Tate, Liverpool for their Egon Schiele/Francesca Woodman ‘Life in Motion’ exhibition, focusing on representations of women’s body image. Inspired by her visit and wanting to create a wider digital conversation around the topic, last week, Charli reached out to friends and collaborators – Caitlin Moran, Emily Rowsell (Wolf Alice), Nadya Tolokonnikova (Pussy Riot­), Rina Sawayama and Chloe Sheppard – over text to discuss their bodies and body image, which she later published on her Instagram Stories – you can read more here.