Kelsey Lu’s “Shades Of Blue” is out now: http://smarturl.it/ShadesOfBlue?IQid=youtube Upcoming Live Dates: http://kelsey.luLyrics: [Verse 1]I knew I was a ch…

“I wrote ‘Shades of Blue; when I was squatting in a leather factory in Hoboken, New Jersey,” says Kelsey Lu. “I was really depressed at the time, and my life had flip-flopped in many ways—musically, financially, romantically and, really, soulfully. Yet, I was writing a lot more than I had been and this song is a manifestation of that point in my life.

For me, it was a glimpse of hopefulness and peace from within that depression, and I can only hope it will bring a similar moment of peace to the listener.”

Fresh from a string of dates opening for King Krule, Kelsey Lu will debut a new, full band live show at very special shows next month May 8 at Los Angeles’ Moroccan Lounge and May 23 at Brooklyn’s Music Hall of Williamsburg, in addition to an appearance at FORM Arcosanti.

Now based in Los Angeles, she has collaborated and shared stages with the likes of Solange, Sampha, Blood Orange, Kelela, Moses Sumney and many more. 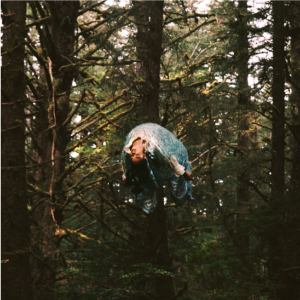