Introducing south London based rapper DEACON​ with his striking debut single ‘No Evil’ ​which is available now via Future Rebel Records​.

Taken from his upcoming debut EP, the track sets the tone perfectly for the theme and journey of the complete body of work to follow.

Featuring clips of recordings by ex-enslaved woman, Laura Smalley, discussing her experiences, the inspiration for ‘No Evil’ was born out of observing the parallels between her stories and those that we continue to see and experience to this day.

He chose ‘No Evil’ to be the first single because “it is the most unapologetic and poignant piece of the project.”

“It tells a story of recognising the progressions of the modern world and balances it with the harsh realities that pull us back to darker origins It leaves no room for interpretation and forces an almost marmite like opinion – hate it or love it.”

Growing up in Tooting, DEACON always had an interest in various outlets of expression and forms of storytelling. Since he entered the Wandsworth Young Performer of The Year competition in 2011, where he became runner up, he has continued to develop a presence on the live circuit.

DEACON is also a notable member of the Hip-Hop Shakespeare Company alongside artists such asBashy, Josh Osho and Lady Leshurr.

Now, having spent the past few years perfecting his sound, he is ready to permeate the music industry with his own narratives. Watch this space for more information on his debut EP. 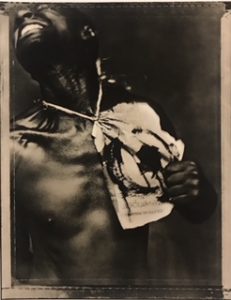