Famed for bringing the best musical acts to the beautiful Lake District, with 2018 marking the 13th year of consecutive sellouts, Kendal Calling adds yet more incredible acts to the bill for its unmissable weekend of music, arts and comedy.

The first new name added to the bill today is the proclaimed ‘King Of The North’, Bugzy Malone.

One of the most exciting figures in British grime, the star has become a name that thousands in the genre can’t look away from, with tracks such as ‘Beauty and the Beast’ and ‘Memory Lane’ bursting into the charts.

Fellow grime superstar Lady Leshurr is also added to the bill today. Having been catapulted into the spotlight with her tongue in cheek ‘Queen’s Speech’ Youtube series, she’ll bring her mix of Jamaican slang and Brummie tones for a foot-stomping main stage appearance.

Over on the Glow stage, drum and bass pioneers London Elektricity will team up with Hospitality for their stage takeover.

Those looking for gags amongst the music need look no further than Kendal Calling’s renowned Soapbox comedy stage.

Leading the lineup this year are award winning funnyman Mark Watson and Live At The Apollo regular Hal Cruttenden.

The evening will see the Soapbox stage transform for Kunst Kabaret. Inspired by the club scene of Berlin in the 1920s and 1930s, a time when debauchery excess and wild expression, were a weekly occurrence, all walks of life gathered together to indulge in revelry and liberty.

Kunst Kabaret is a bespoke, immersive show that pays homage to the 5 pillars of performance: Acting, Drag, Burlesque, Circus and Live music.

Forever champions of grass roots talent, Kendal Calling will once again bring the finest local acts from the Lakes and surrounding areas to the festival. 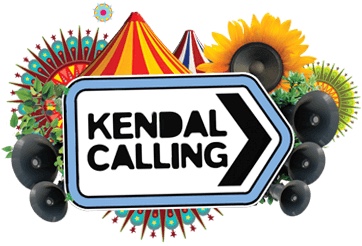