5SOS reveal acoustic video for ‘Want You Back’ 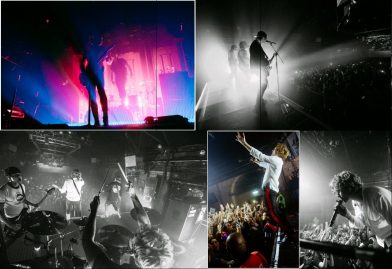 Following a sold-out show at London’s Heaven last night, 5SOS have revealed a stunning acoustic rendition of their new single, ‘Want You Back’. Watch below.

5 Seconds Of Summer – Want You Back (Acoustic)

Listen, stream and download the brand new single from 5SOS now Lyrics: Can’t help but wondering if this is the last time that I’ll see your face Is it tears or just the fucking rain (‘POURING’ CLEAN) Wish I could say something Something that doesn’t sound insane But lately I

Want You Back’ is 5SOS’ first new single in nearly two years and has already amassed over 30 million streams on Spotify since it’s release on 23rd February. After 18 months on the road in support of their No. 1 sophomore album ‘Sounds Good Feels Good’, the band have spent the last year living, writing and recording their new album in Los Angeles, set for release through Capitol Records this summer.