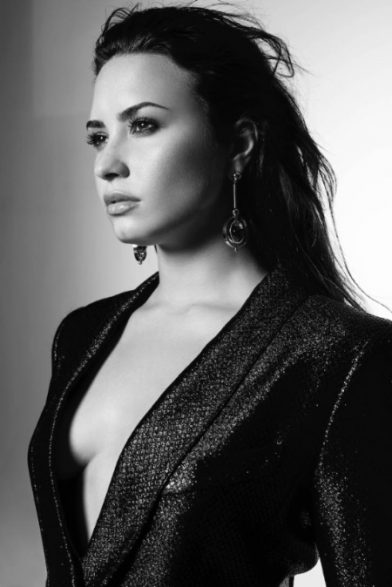 Global superstar Demi Lovato will bring her ‘Tell Me You Love Me’ world tour to the Summer Saturday Live stage at Newmarket Racecourses on Saturday, 9th June for her first ever UK racecourse show.

Named after her acclaimed sixth studio album, the tour is currently playing to sold-out arenas across the US.

The Grammy-nominated, multi-platinum singer and songwriter released her sixth studio album ‘Tell Me You Love Me’ last year, with lead single ‘Sorry Not Sorry’ quickly being certified double-platinum. With a back catalogue featuring massive hits including ‘Heart Attack’,‘Confident’, ‘Cool For The Summer’, ‘Give Your Heart A Break’ and timeless juggernaut‘Skyscraper’, Demi has secured her place as being one of the most revered and respected vocalists of recent times.

Demi will be joining a summer line-up of some of the world’s best-known contemporary artists and iconic acts. Having brought the likes of Little Mix and previous Demi Lovato collaborator Olly Murs to the racecourse in 2017, The Jockey Club Live season this year looks set to continue the incredible success and their continued popularity for a unique summer afternoon.

With Craig David at Newmarket already sold out, many more shows are set to follow suit, including headliner George Ezra who most recently shot straight to the #1 spot on the Official UK Album Chart with sophomore album ‘Staying at Tamara’s’, knocking The Greatest Showman off the top after a staggering 11 weeks at the summit. He will headline Sandown Park Racecourse on 1stAugust, and Newmarket Nights on 17thAugust.

Tickets for Demi Lovato at Summer Saturday Live will be on sale at 8am on Friday 6th April via http://www.thejockeyclublive.co.uk, with a presale available to customers at 8am on Thursday 5th April. Tickets are priced starting at £29 adult /£15 child. Please note child tickets are limited. All T&C’s are available onhttp://newmarket.thejockeyclub.co.uk. There will be hospitality packages available to suit all budgets.

Tickets for all events are available now viahttp://www.thejockeyclublive.co.uk