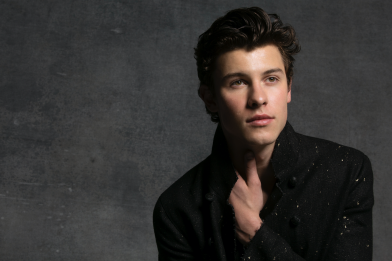 After teasing the track earlier this week, multi-Platinum singer/songwriter Shawn Mendes returns with triumphant new single ‘In My Blood’ followed today by yet another track ‘Lost In Japan’.

Co-produced by Shawn with Teddy Geiger and co-written by both alongside longtime collaborators Scott Harris and Geoff Warburton, ‘In My Blood’ is an empowering rock anthem about having the will to overcome featuring Shawn’s most vulnerable, honest lyrics to date. The track is the first from Shawn’s highly-anticipated third album via Virgin EMI Records and will be debuted on The Late Late Show with James Corden next Wednesday, 28th March. Listen to ‘In My Blood’ below.

Shawn Mendes – In My Blood

‘In My Blood’ is the first new music released by Shawn since Platinum hit ‘There’s Nothing Holdin’ Me Back’ in April 2017. Throughout his career, Shawn has achieved 2 certified Gold albums in the UK in less than two years with Handwritten (2015) and Illuminate (2016), 4 Platinum singles (‘Stitches’, ‘Mercy’, ‘Treat You Better’ and ‘There’s Nothing Holding Me Back’) and 3 Top 10 smash hits in the UK Official Charts.