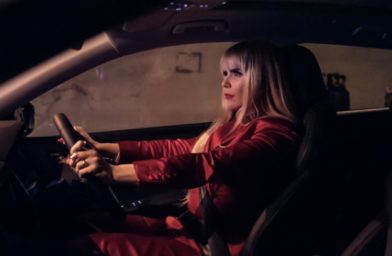 ŠKODA has launched the next instalment of its Driven by Something Different series, featuring British recording artist, Paloma Faith. Watch below.

Paloma Faith – Make Your Own Kind of Music (Official Video)

An incredible artist who’s always been driven by something different. The life story of Paloma Faith inspired the video for her amazing version of ‘Make Your Own Kind of Music’. Find out more: http://www.skoda.co.uk/paloma-faith #MakeYourOwnKindOfMusic

ŠKODA’s latest creative is based on the brand’s Driven by Something Different ethos that celebrates individual spirit, self-confidence and a desire to stand out from the crowd; attributes shared by its customers.

Taking a starring role is ŠKODA’s latest partner, music artist Paloma Faith. The advert follows Paloma through a series of flashbacks as she fought to make it in the music industry. It depicts her struggling to fit in as a young child to performing to empty pubs, to an iconic moment early in her career where she rebukes a music executive for looking at his phone rather than listening to her sing. The flashbacks are juxtaposed with images of her now as she enjoys chart-topping success and a new period in her life as a mother.

Paloma’s forthright determination is eminently captured in the advert, which has also been turned into a feature-length music video for the ad’s soundtrack, Make Your Own Kind Of Music, performed by the songstress.

Created by Fallon London, the advert was directed by acclaimed music video director, Georgia Hudson, who has recently worked with P!nk and Loyle Carner. The multi-channel campaign kicks off on 24 March with the full 60 second version that will air during ITV’s The Voice. The soundtrack, specially chosen by ŠKODA to mirror its message of self-confident individuality is available to listen to via streaming services.

Speaking about the new advert, Paloma Faith said: “It’s been strangely emotional to see my life on screen and I think ŠKODA has done a fantastic job capturing my journey. ‘Make Your Own Kind of Music’ is a song that really resonates with me. It’s about a fearlessness of being who you are and it’s a message that stands out strongly in the advert.”