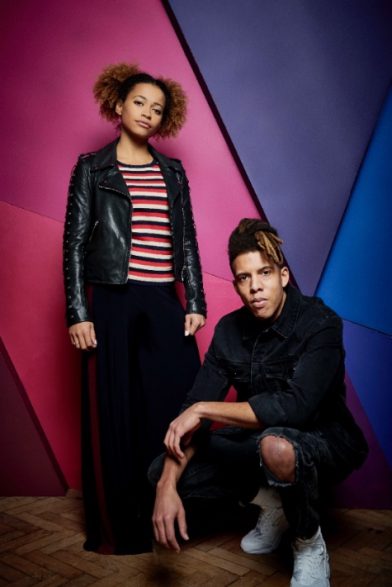 Tokio Myers has teamed up with medal winning athlete Jazmin Sawyers for an incredible reworking of the classic ‘Jerusalem’ for the Official England Commonwealth Games Anthem. The single is released with npower on Syco Music March 16th.

Recorded last month at Abbey Road Studios with a 54 piece orchestra, 10 person choir, Jazmin on vocals and Tokio on a multitude of keyboards, ‘Jerusalem’ is an inspiring choice for Team England. Max Whitlock, Jack Laugher, Ellie Robinson and Lois Toulson all attended the recording session. The Commonwealth Games kick off April 4th in Australia.

Tokio Myers won Britain’s Got Talent last summer and since then released his acclaimed debut album ‘My Generation’ which entered the UK chart at number 4 and has sold over 100,000 so far. Tokio embarks on an 18 date UK tour next month including 3 shows at 3 different London venues.

Jazmin Sawyers, a 23 year old long jump specialist from Stoke, won a silver medal at the 2014 Glasgow Games. Last year she sang on ITV’s the Voice and made it through the Blind Auditions on team Will.i.am.

‘I feel honoured and privileged to be able to put my own spin on this iconic track” Tokio Myers said.

‘It’s always an honour representing Team England in the Games,” says Jazmin. ‘It’s even more special to be singing vocals on Jerusalem, especially because I was able to record it in front of my teammates. It’s definitely going to push me harder in training and on the track.”

Max Whitlock MBE, Team England Gymnast and winner of 2 Olympic Gold Medals and 3 Olympic Bronze Medals says: “It’s brilliant to have this updated version of the track and to have experience the recording day. I can safely say, I now know the words to Jerusalem!”