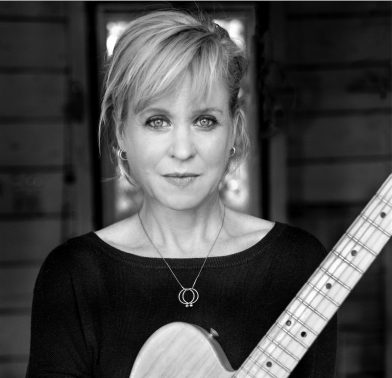 Indie rock icon Kristin Hersh is among the first dozen artists to be named for this year’s Meltdown Festival in London. Set to take place at London’s Southbank Centre on June 15-24, this year marks the 25th edition of this iconic festival. This special celebration, curated by The Cure’s Robert Smith, offers a jam-packed line-up.

We’re delighted to announce Robert Smith as the curator of Meltdown 2018. Lead singer, guitarist, lyricist and principal songwriter of The Cure, Smith is the group’s only constant member since their formation in 1978. Expect a packed line-up of unique performances here at Southbank Centre from 15-24 June 2018 as we celebrate the 25th edition of this iconic festival.

Kristin Hersh has been confounding expectations and breaking rules since founding her influential art-punk band Throwing Muses at the age of 14.

Her solo career spun off in 1994 with the release of ‘Hips and Makers’, a widely acclaimed album which included ‘Your Ghost’, a duet with R.E.M.’s Michael Stipe.

Since then, Kristin has released a steady stream of distinctly individual solo albums, including 2010’s ‘Crooked’, her first release in the inventive book/CD format for which she is now known.

She played all the instruments on her latest release ‘Wyatt at the Coyote Palace’, an explosive work defined by blistering guitars, powerful drumming and Kristin’s signature visceral vocal technique. Her poignant true stories bring the listener into what the BBC calls Hersh’s “dark and dizzy world”.

Throwing Muses first gained traction in the early ‘80s playing with similarly singular artists like The Pixies and Dinosaur Jr. They continue to release groundbreaking music and tour the world, most recently with 2013’s double CD masterpiece ‘Purgatory/Paradise’.

In 2004, Kristin formed the noise rock power trio 50FOOTWAVE, releasing a series of frighteningly intense mini-albums, mostly available for download free of charge. The most recent ‘Bath White’ EP, which is like “a series of loud explosions, of velvet like dreams all intermingled at the same time” (Liverpool Sound & Vision).

Kristin’s writing career has flourished with the highly acclaimed ‘Paradoxical Undressing’ (released as ‘Rat Girl’ in the USA) and the award-winning ‘Don’t Suck, Don’t Die’, a personal account of her long friendship with the late Vic Chesnutt, in addition to the enchanting books that now accompany each record release.

Kristin Hersh, 50FOOTWAVE and Throwing Muses continue to create gorgeous, exciting music, with new releases expected online and in the stores as this year progresses.

The Meltdown Festival is the UK’s longest running artist-curated music festival. Smith is the lead singer and principal songwriter of The Cure, and its only constant member since the group formed in 1978.

A defining band, The Cure took ‘alternative rock’ mainstream around the world and received numerous awards including a Brit Award for Best British Band, an MTV Icon Award, a Q Inspiration Award and NME’s Godlike Genius Award. Smith has also been presented with an Ivor Novello Award for International Achievement.

An iconic figure in his own right, Smith’s influence reaches across popular culture, film, art, and fashion. His many collaborations include performing and recording with artists as varied as David Bowie, Billy Corgan, Blink 182, The Stranglers, Placebo, Crystal Castles, Faithless, Korn and 65daysofstatic.

Meltdown is one of the UK’s most anticipated music events each year, in which an iconic artist curates their own personal festival, revealing their interests and influences. Robert Smith follows in the footsteps of such legendary curators as Patti Smith, Nick Cave, Yoko Ono, Massive Attack, Ornette Coleman and 2017’s M.I.A.

“I am honoured and excited to be curating the 25th Meltdown. More than 30 of my all-time favourite artists – some of the most exciting, inspirational, intense and influential performers of the last 40 years – will make sure this 10-night extravaganza is the must-see event of the summer!” says Robert Smith. “as each invitee confirms, as each shimmering piece falls into place, I pinch myself – this is really happening… And the complete picture will undoubtedly be out of this world!”?

Kristin Hersh says that “Meltdown is an opportunity for musicians to present what they do in a different light: music from the musician’s perspective. A private thing, a world unto itself.” Hersh will be playing the fesival on June 21. 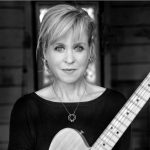