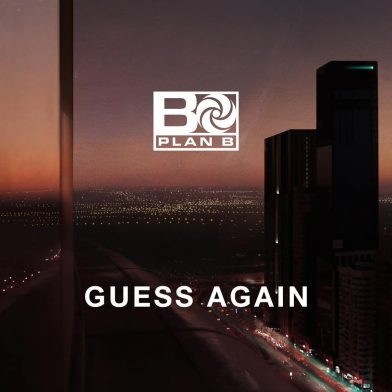 The song is taken from the BRIT Award winner’s highly-anticipated fourth studio album, ‘Heaven Before All Hell Breaks Loose’ (HBAHBL), confirmed for release on May 4th.

Premiered by Annie-Mac as her ‘Hottest Record’ on Radio 1 last night, ‘Guess Again’is yet another showcase of Plan B’s endless musical versatility. The politically charged anthem pairs Drew’s signature vocals with a pounding dance-hall beat. Drew lends his own writing and production talent to the track along with the help of FRED (Charli xcx/Stefflon Don) and Show N Prove.

Ever since he burst onto the scene in 2006, Ben Drew has been a truly irrepressible figure in the UK’s musical landscape. His debut album Who Needs Actions When You Got Words, an incendiary scream of anger and pride from the streets of East London, broke new ground for UK hip hop. With his sophomore album, 2010’s The Defamation Of Strickland Banks, Drew explored his lifelong passion for soul marrying the genre with hip hop in perfect harmony, the album went on to achieve quadruple-platinum status, hitting the #1 album spot and selling over 1.4 million copies in the UK alone, plus seeing him win both a BRIT and three Ivor Novello Awards. Always pushing his creative boundaries, Drew then turned his hand to directing and made his directorial debut with 2012’s iLL Manors. The film, along with its accompanying album, saw him boldly addressing socio-political issues with his often brutal cultural commentary, seeing Ben nominated for his fifth BRIT Award, being nominated for his first Mercury Music prize, and once again hitting #1 in the UK album chart.

Plan B will be embarking on his first tour in almost 6 years this April. Kicking off in Manchester on 26th April, the tour will then visit Birmingham, Glasgow, Newcastle, Southend and Bristol, before finishing up at London’s O2 Brixton Academy on May 3rd. Tickets are available here: http://www.time4planb.co.uk/ The tour follows Plan B’s one off show at The Globe, London in July last year, marking one of the only musical live events to take place their in its history.