Louisa is back with new single ‘YES’ 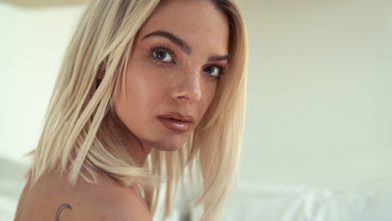 Louisa smashes back onto the UK music scene this Spring with her brand new single ‘YES’ which featuring 2 Chainz.

‘YES’ is an explosive, in your face pop banger that simply exudes energy and features Louisa’s now trademark stunning vocals, alongside US superstar rapper 2 Chainz.

The song was written by industry hitmaker Camille Purcell (Little Mix, The Script) alongside Bully (Chainsmokers, Galantis), and produced by Chris Loco, Goldfingers and Matt Rad.

The reining Queen of The X Factor (she won in 2015, the last female to do so), has to date had over 93 million streams on Spotify and 34 million views on VEVO.

She has sold 1.9 million records in the UK. Her debut smash with Clean Bandit ‘Tears’, went Top 5 in the Official Singles Chart. Her single ‘So Good’ (another Top 10 smash) was certified Gold and sold over 436k, whilst ‘Best Behaviour’ was certified Silver with sales of 234k and her duet with Olly Murs ‘Unpredictable’, topped radio playlists across the UK last summer.

Outside of music Louisa was an ambassador for the L’Oreal Princes Trust campaign in 2017, alongside signing to IMG Models internationally.

Now Louisa is primed and ready to return to music with ‘YES’, a song she truly believes in.

Louisa says: “As soon as I recorded YES I knew it had to be a single. It instantly became my favourite song I’ve ever worked on, and I can’t wait for everyone to hear it. You can’t help but move when you hear this track, I hope everyone is ready!”