Sziget is proud to announce Dua Lipa and Gorillaz will be headlining its 26th edition of Sziget, alongside Arctic Monkeys, Kendrick Lamar, Kygo and Mumford & Sons.

Taking place from the 8th-15th August in Budapest, the multi-award winning festival can also reveal Shawn Mendes, Stormzy, The War on Drugs, Lianne La Havas, King Gizzard and the Lizard Wizard and many more have just been added to the third line up reveal.

Playing host to some of the most renowned names in music today across 50 stages, and bringing together over 450,000 people, Sziget has been tipped as the continent’s answer to Glastonbury.

Arguably the biggest female artist of this year, Dua Lipa is one of the latest confirmed headliners of Budapest’s Sziget festival. The ‘New Rules’ singer has earned herself a record-breaking five Brit awards, a performance at the Grammy Awards and worldwide recognition at just the young age of 22. 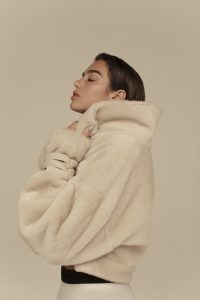 She’s joined by the collaborative art-music project by Damon Albarn and Jamie Hewlett, Gorillaz. After returning from hiatus with the star-studded Humanz album, the legendary virtual rock group are returning to the festival eight years after their first appearance. 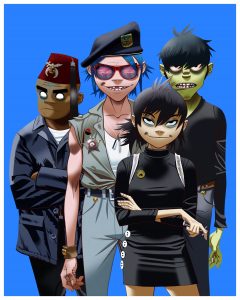 Teen heartthrob Shawn Mendes has also been added to the Sziget 2018 lineup as he teases his highly anticipated third album. Joining him will be multi-MOBO award winning grime sensation Stormzy, whose debut album was the first grime album to reach number one of the UK Albums Chart.

In addition to this, Australian rockers King Gizzard and the Lizard Wizard have also been announced after releasing an impressive five albums in 2017.

This latest wave of artists will be joining hip-hop heavyweight Kendrick Lamar, indie royalty Arctic Monkeys, internationally-acclaimed DJ Kygo and folk-rock pioneers Mumford & Sons who will be playing their only European festival set of the summer.