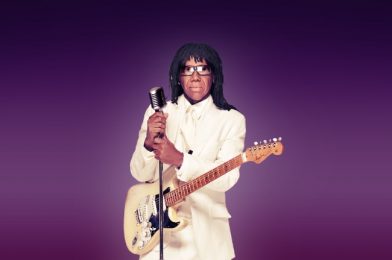 With the lineup for the 2018 Newmarket Nights season almost complete, The Jockey Club Live and Newmarket Racecourses have announced the penultimate act, the legendary Nile Rodgers & Chic, who will be headlining on Friday 10th August.

Nile Rodgers is truly exceptional. He amplifies his legacy as a multiple GRAMMY-winning composer, producer, arranger and guitarist by constantly traversing new musical terrain and successfully expanding the boundaries of popular music. As the co-founder of CHIC, Rodgers pioneered a musical language that generated chart-topping hits like “Le Freak,” sparked the advent of hip-hop with “Good Times,” and won CHIC 11 Rock and Roll Hall of Fame nominations. His work in the CHIC Organization and his productions for artists like David Bowie (incl. ‘Lets Dance’), Diana Ross (incl. ‘Upside Down’, ‘I’m Coming Out’) and Madonna (incl. ‘Material Girl’, ‘Like A Virgin’) have sold over 300 million albums and 50 million singles worldwide while his innovative, trendsetting collaborations with Daft Punk, Avicii, Sigala, Disclosure and Sam Smith reflect the vanguard of contemporary music.

Expect to hear some of the best-known pop anthems from the last four decades. With more than 200 production credits to his name, the scope of Nile Rodgers’ peerless influence is undeniable.