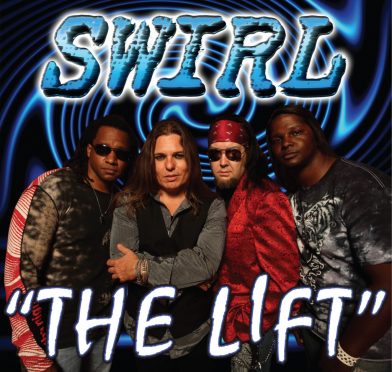 California rockers Swirl have kicked off the new year with a new song called “The Lift” which has reached #1 on Indie rock radio in the US and #4 on Banks Radio Australia in just the first two weeks of 2018.

“The Lift” comes to you fresh on the heels of the band`s 7 song EP titled ‘SWIRL’, of which the band has 3 songs featured in the award winning movie ‘Ditch Day’.

This film stars Emmy Award winning actor Bill Oberst Jr. This film took home the “Best Feature Film” Award at the Burbank International Film Festival.(http://thefilmditch.com/music-artists/). The songs are “Rise Up”, We Are Alive” and “Spell”.

Since the release of the ‘SWIRL’ EP the band has been the support act for many established rock artists including RATT, Extreme, Cinderella, Slaughter, LA Guns, Souls of We, Red Dragon Cartel, Skid Row and more.

According to Swirl, the “Message” behind the music has to do with standing up for what you believe in. Indeed, this group has quite a determination and a sound that captures that emotion. With every song, there is a personal experience that backs it up. You can feel those stories right through to your very core.

Guitarist “DT” explains “After a successful first ever crowd funding campaign through the Swirl Go Fund Me page the band entered the Granted Records studios to track the first new song since the ‘SWIRL’ EP. The result of those sessions is the new song titled, “The Lift”. The story behind “The Lift” is as incredible as the story behind its creation. Both will be told in the coming months.