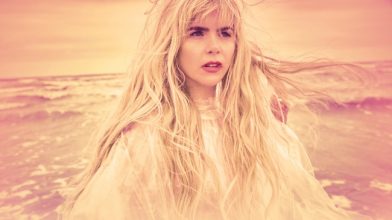 Paloma Faith will be headlining Newmarket Nights on Friday 22nd June. With her acclaimed Number 1 album ‘The Architect’ riding high in the charts and a BRIT nomination for Best British Female, Paloma Faith will be bringing hits old and new to the course for a stunning headline performance.

Paloma Faith returned to the charts in 2017 with ‘The Architect’, following the huge success of her 2014 album, ‘A Perfect Contradiction’, which spent 29 weeks in the Top 10 Albums Chart, 66 weeks in the Top 40, and 100 weeks in the Top 200. The new album is currently on course to become her fourth double platinum album in a row – which would make her the first British woman in chart history to achieve this incredible feat!

Equally at home both onstage and in the studio, this show will undoubtedly be one of the highlights of the summer season.

Paloma Faith said;
‘I can’t wait to perform at Newmarket Racecourses this summer for the first time. I love summertime and I love outdoor shows so to be able to perform on a – hopefully – sunny evening at the course is something I’m very much looking forward to’

Tickets will be on sale at 8am on Friday 2ndFebruary via thejockeyclublive.co.uk, with a presale available to customers at 8am on Wednesday 31st January. Tickets are priced from £31. All T&C’s are available onnewmarket.thejockeyclub.co.uk. There will be hospitality packages available to suit all budgets.