Final plans and preparations are coming together for the Later with Jools Holland-inspired show The Room which returns to Gorleston on Saturday, February 3 to whisk away post-Christmas blues.

And part of the preparation has been the rehearsal of the Room’s house band The H Gang, which features local legend Roger “Buster” James making a rare breakaway for the night from his band The Buster James Band.

Roger will be making a musical journey through genre’s not expected of him into blues, soul but still with a twist of rock included.

The band which features Bob Cushing on Bass, Jake Jacobs on guitar, Paul Wooden on Drums, Jim James on Keys and Barry Fogg on Sax all whom are associated with tribute band Steemy Dan, joining them on guitar this time around will be Dave Rivers of Indie Rock band Rivers

Five bands are lined up and will be covering a selection of music genres, all performed on multiple stages as per Jools’ BBC show. 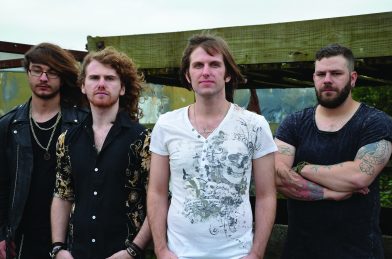 Appearing this time around are East Anglian rockers Walkway who are carving out a name for themselves having supporting Status Quo and The Darkness, as well as becoming firm favourites on the festival front.

Gorleston-based band The Hot Stove League will bring an acoustic feel with their set covering folk through pop, country, reggae, blues and ska.

Norwich band Hot Raisin are Tory Cobb and Mary Podd, they have been delighting the discerning city music scene for some time as well as having their last EP as BBC Radio Norfolk record of the week with their quirky self-penned tracks.

And bringing a touch of theatrics to the evening will be The Bloodshake Chorus who will be performing with their new line up for the first time. Bloodshake take classic 50s and 60’s tracks and give them their own twist.

Finally performing through the three sets and providing a finale to the three and a half hour musical treat will be The H Gang, the Room’s resident band.

The Room is held at the Ocean Room in Gorleston, doors open at 8.30pm with the show starting at 9.15pm, tickets are £8 in advance and £10 on the door.