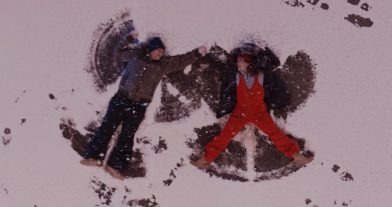 Ed Sheeran has today unveiled his official video for ‘Perfect’ (watch below). Shot in Hintertux, Austria last month, the accompanying video script was written by Ed himself alongside past collaborator, Jason Koeing (“Shape of You”), whom also directed the video.

Following the song’s narrative of Ed falling in love with a girl he grew up with, Ed takes the leading role alongside American actress, Zoey Deutch (Beautiful Creatures), and the result is a visual and track that is certain to become a staple in the run-up to Christmas.

Announced in September, ‘Perfect’ [Ed’s 4th official single to be released from his history-making third album ‘÷’ (pronounced “Divide”)] has received 12 x platinum and 8 x gold certifications around the world, with over four million copies of the single sold to date.