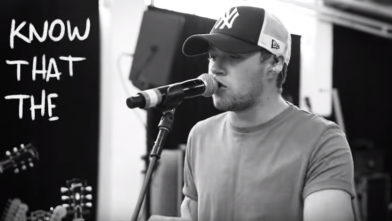 Niall Horan has released a lyric video for his brand new single ‘Slow Hands’, featuring special behind the scenes footage.

‘Slow Hands’ was critically acclaimed upon release and immediately hit No.1 in 44 countries and Top 5 in 66 countries on iTunes.

‘Slow Hands’ was also the No.1 most added song at radio in the US & Australia last week, alongside being added to Radio 1 and Capital FM playlists in the UK.

Niall was also announced to perform at Capital FM’s Summertime Ball in the UK and the iHeart Canada Much Music Video Awards in Toronto.
Niall – who won his first solo People’s Choice Award in 2016, taking home the award for Favorite Breakout Artist – is currently in the studio working on his full-length debut.