Following a sensational six date residency at Ushuaïa in 2016, global superstar Tinie Tempah has announced the return of Disturbing Ibiza to the luxurious club for a 15 week residency.

Tinie is set to unveil an impressive top tier line up in the coming weeks along with a super special UK artist as fellow resident.

Disturbing Ibiza promises to bring the biggest DJs and live acts from across the world along with up and coming talent to the number one beach club UshuaÏa and will take place every Friday from 9th June – 15th September.

Tinie Tempah himself a two time Brit Award winning, platinum selling international artist and British fashion icon, has cemented his party as one of the best on the island for bringing both world class artists and exciting newcomers alike to Ibiza’s party goers.

Born from its London HQ Disturbing London, a 360 entertainment agency that houses management, partnership and events, Disturbing Ibiza is now a globally recognised event that has seen the likes of Will.I.Am, DJ EZ, Giggs, Sigma play for the party alongside Tinie Tempah himself.

Building on last year’s successful six date residency at Ushuaïa, Disturbing Ibiza has planned 15 incredible parties; further establishing Disturbing Ibiza as a mainstay in the Ibiza calendar which saw over 5000 attendees each week in 2016.

Set to offer live shows like no other on the island with the worlds biggest acts every Friday from 9th June – 15th September, Disturbing Ibiza will reveal the full line up in the coming weeks.

Never failing to impress with their resident roster, today’s announcement once again proves why fans flock from every corner of the globe to experience the island’s number one open air club Ushuaïa.

Committed to bringing the very best names in the business to their revered stage, boasting dazzling production, pyrotechnics, sounds and visuals, Ushuaïa pulls out all the stops to throw the most spectacular parties on the island every night. 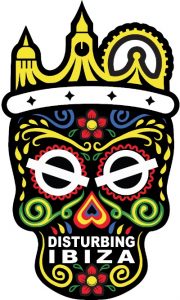