Global music sensation Céline Dion has this morning announced she will be bringing her LIVE 2017 UK and European tour to the SSE Hydro Glasgow, Scotland on 5th August.

The show will be the only Scotland performance of the 25-date summer tour that has seen record demand since announcing earlier this year.

Céline’s return to Glasgow will be her first visit since her last performance in the city at the SECC 21 years ago. Prior to that, Céline performed a sell-out concert to over 65,000 fans at Edinburgh’s Murrayfield Stadium, one of her last stadium shows on UK shores for over 19 years.

Members of Team Céline will have access to a pre-sale beginning on 4 April. Exclusive VIP packages will also be available. Tickets go on sale to the general public on 7 April, 2017.

The legendary music icon announced her first UK and European Tour in over eight years on 25 January, 2017 and the response from her fans across the UK and Europe has been incredible. 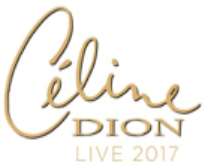