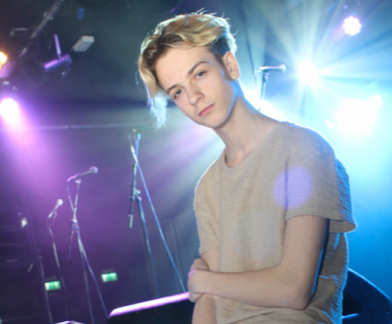 The 17-year-old musician from Essex will be on the Alstar Music EP Tour along with fellow artists Josh Taylor, Harri Oakland, Bronnie, Robyn Regan and Danny Boyle. They will be heading to London, Liverpool, Manchester, Bristol, Dublin, Glasgow, and Edinburgh.

Cal’s down to earth personality, boyish good looks and caring nature as well as being a talented artist has won him thousands of fans (he calls Turners) worldwide. Talking about his fans Cal says: “They mean the world to me, I know some may find it cringy, but to me, it’s them who keep me grounded, and focussed”.

Over the past two years, with the support of industry manager Paul Holton, he has attended celebrity events, interviewed many artists backstage at festivals, and performed throughout the UK on two sold out tours, he says: “I absolutely love performing, I feel its where I should be, I’m most happy on stage”.

Vocal Coach to Justin Bieber and Usher Jan Smith and The Vamps Management have both shown interested in him as well as being asked to join a UK Boy Band, but for Cal Turner, making it in the industry with the solid support of his fan base is his priority.

From being in Bars and Melody’s Video, to playing football alongside Dappy, and Rudimental, to attending VIP Concerts with Jeremih, Justin Bieber and The Vamps, Cal is liked and admired, he has a bright future in the industry.

As well as performing, Cal has helped encourage, inspire and motivate his supporters and other teenagers through his work with charities including Tappy Twins and Teen Line.

Cal’s Manager Paul Holton said: “Cal is such a talented young man, who is genuine, he really does appreciate the support, and wants to help, he has always said if he could make just one person smile, then he has done a good job”.

For more information about Cal Turner and the upcoming tour see his Official Website: http://www.CalTurner.uk