Catherine has also just announced a third date with The Saturdays’ Una Healy and will now be playing at Bush Hall on the 15th May in addition to the February shows at London’s St Pancras Old Church on 15th and Dublin’s Sugar Club the following day.

You can also catch her performing at this year’s Country 2 Country festival at London’s O2 Arena on the 11th and 12th of March and The Great Escape in Brighton on the 18th of May with many more to come.

This comes after the release of her debut EP One, which came out just before Christmas and saw Catherine dubbed as ‘Ones To Watch 2017’ by Amazon Music.

The EP has so far clocked up almost 1 million streams on Spotify and features the three original tracks ‘Hell Would Have To Freeze Over’, ‘Cinderella’ and ‘She’ll Never Love You’ as well as her beautiful version of Jessie Ware’s hit single ‘Say You Love Me’.

Subscribe to my channel: http://bit.ly/CMGYouTubeCheck out my debut album ‘Talk Of This Town’ here: www.imcatherinemcgrath.comFollow me on…Facebook: http:/… 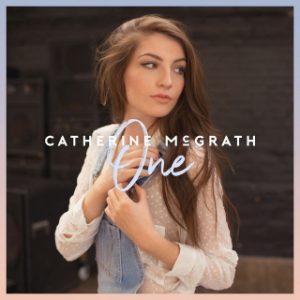