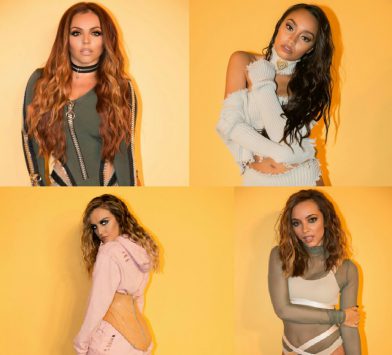 ‘Touch’ is a throbbing, thoroughly modern-sounding dance goliath that pulsates with pure joy. Written by Hanni Ibrahim, Patrick Patrikios, A.S. Govere and Phil Plested, and produced by pop giant MNEK, ‘Touch’ is the second single to be taken from their No.1 album ‘Glory Days’.

For ‘Glory Days’, Perrie, Jesy, Leigh Anne and Jade have poured all their emotions into gargantuan pop songs that sparkle and snap in all the right places.

The album shot straight to No.1, selling more than 96k copies in week one in the UK alone and giving the band their first UK No.1 album.

It has to date spent a total of five weeks in the UK peak position and is the quickest selling album in the UK charts by a girl group since Destiny’s Child’s Survivor in 2001. It is also the longest-reigning girl group No.1 album of the millennium.