Kicking off 2017 with a bang, the three-time multi-platinum and Grammy nominated artist/producer duo have revealed their brand new single “Paris” as the official follow up to their latest smash hit “Closer,” which dominated 2016 as one of the biggest singles of the year.

“Paris” marks another offering from the duo that features vocals from Drew himself.
Watch the brand new video:

The Chainsmokers proved themselves to be the breakout story of 2016 with over 5 Billion global streams and three multiplatinum singles. Tracks “Closer” and “Don’t Let Me Down” both achieved platinum status in the UK with “Closer” topping the charts here for four weeks.

Fans can catch them live on their sold out UK tour next month. 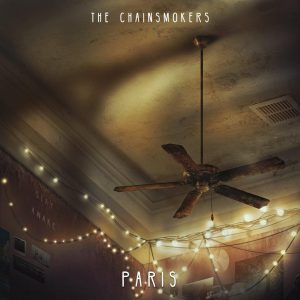