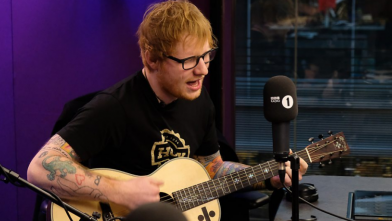 Today (Friday), Ed Sheeran made his official comeback by co-hosting The Radio 1 Breakfast Show with Scott Mills, and we got to hear not one but two new tracks ‘Shape of You’ and ‘Castle On the Hill’ for the first time. Listen below!

Listeners and viewers were treated to an acoustic version of ‘Castle On The Hill’. Check it out below.

If that wasn’t enough, Ed has also released a second track called ‘Shape Of You’. Both are obviously amazing.

The new tracks come after a year away from the limelight and social media in which Ed spent travelling. The Suffolk born singer said he’d thought touring was travelling but “never saw anything other than hotels, venues and a bar”.