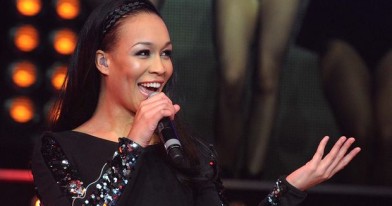 Rebecca Ferguson has revealed a brand new video for her single, ‘Superwoman’ which is out now. The moving and emotional video, co-created by Rebecca alongside director Remi Laudat, opens with the following monologue –

The new single is the title track from her recently released album, which debuted in the top ten in October, making Rebecca one of only three artists to deliver four top 10 albums from X-Factor.

Rebecca has also recently set up an online forum hashtagsuperwoman.com where like-minded people can share their own #superwoman stories. The aim of the forum is to create a network of people who can support and encourage one another in a positive and safe space. Rebecca has already been in touch with several amazing women since launching the site.