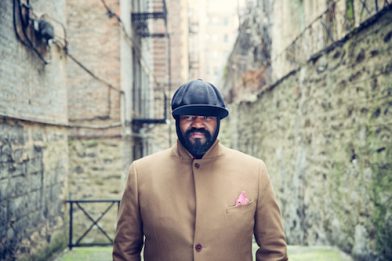 Jazz and soul superstar Gregory Porter’s critically-acclaimed record breaking album ‘Take Me To The Alley’ has been nominated for Best Jazz Vocal Album at this year’s Grammy Awards.

The awards, which take place in February next year could see a second time Grammy win for Gregory, after he scooped best jazz vocal album in 2014 for his classic record, ‘Liquid Spirit’ and received previous nominations for Best Jazz Vocal Album for the Water in 2011, Best Traditional R&B Performance for ‘Real Good Hands’ in 2013 and Best Traditional R&B Performance for ‘Hey Laura’ in 2014.

Gregory’s Grammy nomination closes another landmark year for the Jazz cat in the hat, who in the UK made chart history, when he landed two studio albums in the Official Albums Chart Top 20 simultaneously and his critically-acclaimed new album ‘Take Me To The Alley’ became the first jazz record to break into the Top 5 for over ten years.