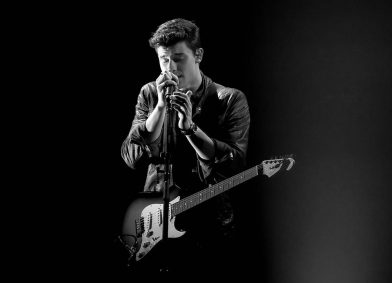 Following electrifying performances at MTV’s EMA Awards and X Factor this month, Canadian star Shawn Mendes has announced an extra UK date to his 2017 Illuminate World Tour. Due to huge demand, Shawn will be performing an extra night at London’s The O2 on 2nd June 2017 which will follow a sold out performance the night before on 1st June. For fan club pre-sale info, head to www.ShawnAccess.com.

Shawn’s latest album Illuminate became an instant Top 3 smash in the UK Official Charts upon release. The multi-platinum artist’s second offering, which is out now via Virgin EMI UK Records, features the global hit ‘Treat You Better,’ which catapulted to the #1 in 36 countries, has amassed over a whopping 383 million views on YouTube and quickly became his second Top 10 hit in the UK Official Charts since releasing the #1 single ‘Stitches,’ and the current single ‘Mercy.’

Following a recent sold-out headline show at one of New York’s most distinguished venues, Madison Square Garden, the Illuminate World Tour will see the Canadian nati ve embark on his first-ever set of arena performances across the world. The huge string of 45 shows will kick off in the UK at Glasgow’s SSE Hydro on 27 April 2017 and will continue across Europe and North America until 23 August 2017. The tour will now stop off at London’s The O2 for two consecutive nights as well as Manchester Arena along the way. First Access pre-sale begins on Wednesday 23 November at 4pm, Fan Club pre-sale begins on Thursday 24 November at 10am, before General Public Sale on Saturday 26 November at 10am.

Shawn’s powerful and emotive songwriting has lead him to selling over 10 million tracks worldwide, with ‘Stitches’ equating to 1.3 million single sales in the UK alone and 4 million albums globally; his first album Handwritten has now also reached Gold status in the UK. At just 18 years old, he is also fast becoming one of the most recognised artists of his generation winning a People’s Choice Award 2016 for “Favourite New Artist,” named one of Time Magazine’s “Most Influential Teens” for three consecutive years (2014, 2015 & 2016) and was also included in Forbes’ esteemed “30 Under 30” list earlier this year. To end a monumental year, fans will be able to catch Shawn headlining Capital FM’s Jingle Bell Ball on Sunday 4th December following his biggest US TV appearance to date on Saturday Night Live the night before.