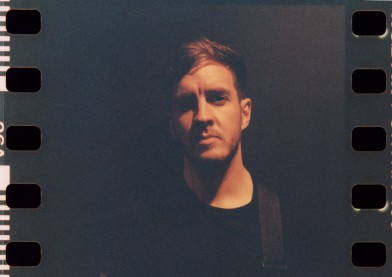 We are pleased to announce our latest competition. We have a pair of tickets to giveaway to the headline UK show for The Voice TV show winner, Stevie McCorie at London Borderline on Wednesday 23rd March. The date is in celebration of his debut album Big World.

Famously, Stevie was entered for The Voice by his colleagues in the Kirkcaldy fire service. All four judges turned for his audition and, under the mentorship of Kaiser Chiefs frontman Ricky Wilson, he thundered to victory.

Now, with the release of Big World, Stevie shows that, in addition to having an extraordinary voice, he is an accomplished songwriter in his own right.

“The Voice was always a stepping stone to becoming the artist I want to be,” says Stevie. “I didn’t want to take the easy route. I wanted to take the harder approach to prove I am a songwriter. The public want to hear something real.”

Big World is an album brimming with infectious, personal and emotive tunes, the work of a man who has finally been able to make the music that’s been in him for years. The songs are Stevie’s but they could be written about you, me or anyone you know.

Stevie will play the following live shows in March 2016 with a new date just added at London Borderline on Wednesday 23rd March.

Tickets are on sale now and available at gigst.rs/SMC

To be in with a chance of winning, just enter one or all four of the methods below!
Stevie McCorie live in London