Rounding up a bumper month of announcements, The Jockey Club Live and Newmarket Racecourses are proud to reveal that The Corrs and Will Young will be joining the line-up of their Newmarket Nights season. With The Corrs set to be the first act of the summer, opening proceedings on 17th June, the date will also mark the beginning of celebrations for Newmarket Racecourses in their landmark 350th year as The Home of Horseracing.

Since releasing their album ‘Forgiven, Not Forgotten’ in 1996, The Corrs have gone on to sell over 30 million albums worldwide. Known for hits including ‘Runaway’ and ‘Breathless’, the band took a 10-year break to spend time with their families while Sharon and Andrea also pursued solo careers. They returned last year to a rapturous welcome, with their album ‘White Light’ going straight into the UK charts at #11 and saw the band catapulted back into the touring circuit with a sold-out arena tour.

The Corrs said: “We love open-air summer shows, so are really looking forward to playing Newmarket Nights on 17th June after the races. We had a fantastic time touring our new album ‘White Light’ at the start of the year so can’t wait to get back on the road to perform all our hits for a few familiar faces and more this summer.”

Will Young’s debut single ‘Evergreen/Anything Is Possible’ is included in the bestselling singles of all time in the UK, having sold over 1.7million copies alone. His 6th studio album ‘85% Proof’ arrived at the top of the charts in 2015 (making is his fourth No.1 album), and represents his most accomplished work to date, cementing Will’s status as both a national icon and artistic powerhouse.

Will Young said: “I’m really looking forward to playing outside under the sunny eastern skies at Newmarket Nights on 24th June, I always have so much fun at the races!” 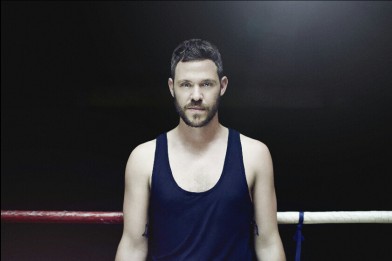 Tickets will be on sale at 8am on Friday, 29th January via http://www.thejockeyclublive.co.uk, with a presale available to customers at 8am on Wednesday, 27th January. Tickets are priced starting at £26 adult /£13 child (under 18). Please note child tickets are limited. All T&C’s are available on http://newmarket.thejockeyclub.co.uk. There will be hospitality packages available to suit all budgets. Join in the conversation online with the tag #JCLive16.