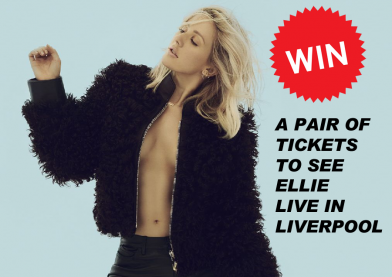 Ellie Goulding has announced details of a UK Arena tour in March 2016. Goulding will perform in 10 cities beginning on March 8th at Cardiff Arena and culminating in London at the O2 Arena on March 24th. Tickets are available from elliegoulding.com however, we’re giving two lucky readers a chance to win a pair of tickets for Ellie’s Liverpool gig.

To be in with a chance of winning, just enter one or all three of the methods below!
Win tickets to see Ellie Goulding live in Liverpool