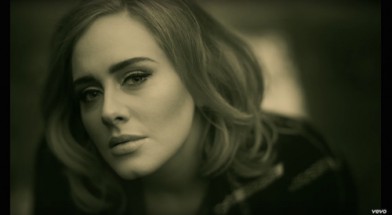 Adele’s music video for ‘Hello’ is the fastest music video to become Vevo “Certified”, delivering over 100 million views in its first five days on the platform. Adele takes over first place from Miley Cyrus, whose ‘Wrecking Ball’ video crossed the mark in six days.

Adele premiered the video for her new single ‘Hello’ on Friday 23rd October, where it delivered over 27 million views across the platform in the 24 hours following its premiere, setting a new record.

Vevo’s video view counts represent the only definitive and official metric across all digital platforms because of its scale and reach, which includes online, mobile and tablet, connected devices and syndication partner sites. Videos “Certified” by Vevo have achieved a similar milestone to that of the RIAA’s Gold and Platinum certification for audio.