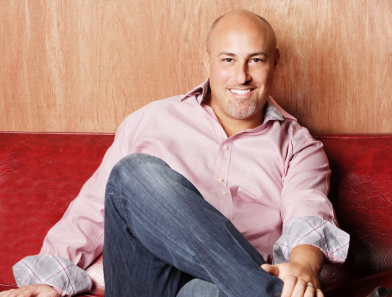 A native of New Jersey, Jason Davis began his career as a hit songwriter, topping the Contemporary Christian Music charts, winning multiple ASCAP songwriting awards, and being nominated for a Latin Grammy. Davis has also secured record deals with CEO’s from the largest music companies in the world, including Capitol Records, Sony, Interscope, Island / Def Jam, Epic, Atlantic, RCA, and J Records. Traveling between New York, London, Los Angeles, Miami and Nashville, he built a reputation representing and working with the top songwriters, producers, and recording artists in the entertainment industry. Pop Scoop! caught up with Jason for a Q&A.

Can you tell our readers a little about yourself?
I grew up in New Jersey and loved music my whole life. When I was 13 I started playing guitar and joined a band. All through High School I was in a band and never stopped writing songs. At 23 I wrote my first hit song, which gave me my big start in the music business. Now after about 20 years I’m still here.

What was the first spark that got you going musically?
The biggest spark was hearing Michael Jackson for the first time. I would also have to say a big spark was at 13 when my older cousin let me have an acoustic guitar she was throwing out.

Which music industry people inspired you in the early years?
There were a few executives that encouraged me on my journey. The former Vice President of Epic Records Marvin Peart, the former Vice President of Columbia Records Lee Dannay, the current President of RCA Records Peter Edge and Dave Novik. There were a few others, but in the beginning those were all people who would always take my phone calls and meetings. They taught me the importance of hit songs and they believed in my abilities, which really encouraged me on my path.

If you could work with any contemporary music artist/act/producer that you haven’t already worked with, who would you pick?
I’ve been really blessed to have probably met every artist I have dreamed of meeting as well as work with artists I’ve loved in the past. God has immeasurably blessed me, so there isn’t anybody I can think of.

Tell us about your company One One 7?
One One 7 has steadily grown over the years, but it is something that God led me to form back in 1999. Since then I have been blessed to work beside what I believe to be the best executive team there is. We are a company that is extremely passionate about letting artists make the best music they can make as well as lead and protect the artists in this industry.

What are your thoughts about the importance of social media for today’s music biz (YouTube, SoundCloud, Facebook, Twitter, Instagram)?
I think social media is vital and great in the way that there are many different social media outlets because it allows an artist to find where they are connecting best. In today’s time if an artist isn’t able to engage fans on social media it would be difficult to grow a career.

Do you support a team or sports star?
Tim Tebow

What’s your favourite food or meal? Do you usually eat-out, take-out, or cook yourself?
I like Italian food and I eat out a lot.

What song do you have on constant repeat at the moment?
I tend to listen to a lot of Christian radio, so I wouldn’t say I have a specific song on repeat.

What’s the last book you finished?
The last book I finished was my book “Your Love Pursues.”

What’s the last gig/concert/or festival you went to?
Paramore concert

X-Factor or The Voice?
The Voice

What was the first poster you put on your wall as a young teen?
Michael Jackson

What’s your essential, can’t-live-without gadget?
My iPhone because I use it for business.