CLOSED: WIN a pair of tickets to see Cody Simpson in Birmingham! 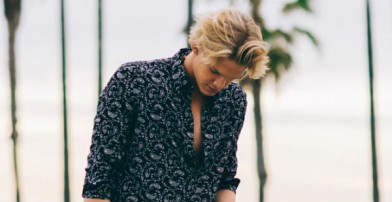 We have TWO pairs of tickets to give away to Cody Simpson’s show at The Institute in Birmingham on Thursday 7th May as part of his UK tour.

Australian born Cody will be performing songs with his band off of his new album, Free, which opens the first page of his biggest chapter yet. “To me, this feels like the first project I’ve ever put out. I want the music to speak for itself. This is meant to allow listeners to feel timeless, happy, and free. The world needs live music back.”

Cody toured the UK to his own sell out crowds in 2013 while also supporting Justin Bieber on his “Believe Tour”.

With 7.3 million Twitter followers, 8.1 million Facebook likes and millions of YouTube views, Cody Simpson is a true international star. This is a show not to be missed. Cody Simpson is clearly a musical force to be reckoned with.

Follow and RT to #WIN 2 tickets to @CodySimpson‘s gig at The Institute, #Birmingham Thur 7th May #codybrumcomp pic.twitter.com/krEC5tPEAE

• There are TWO prizes (the “Prize”) Two pairs of tickets to Cody Simpson + Special Guests, Thursday 7th May 2015, Birmingham, in The Library at The Institute.

• Winners will be announced shortly after.