Adam Lambert covers the new issue of Notion magazine, and opens up about his career as he prepares to premiere his highly-anticipated new single ‘Ghost Town’.

With less than a week to go until Adam unveils the first taste of his third studio album, The Original High, which has been executive produced by Max Martin and Shellback, Adam shares further insight into what fans can expect in the accompanying interview.

On his new look: “Someone said to me ‘oh you’re not wearing all that crazy shit, are you trying to tone it down?’ and I was like ‘no, I just got tired. Fuck! It was a lot of work!’”

On how he is using his vocals differently on ‘The Original High’: “I think it’s just where I’m at. I think one of the things I’ve been learning is the ‘less is more’ approach to a lot of things. Less is a little easier.”

On approaching his third studio album: “The music industry is so crazy, competitive and focused, and after the ‘Trespassing’ album I kind of had to stop and ask myself ‘why am I doing this? What do I want? Who am I? What am I about?’ and just re-examine at everything. I finally became more grounded about all of the fame stuff; it’s not freaking me out anymore.”

On ‘The Original High’: “[The album is] dance-y but bittersweet, and the lyrics are a little darker [than they have been, previously]. I’ve done the more bubblegum stuff, I’ve done the camp stuff, and now I want to encourage people to face their shit. I want to show them the part of me that’s not all polished or [still part of] the ‘pageant on TV’ thing – I want it to be real, you know?”

Adam will premiere ‘Ghost Town’ on April 21, followed by the album ‘The Original High’ in the spring. 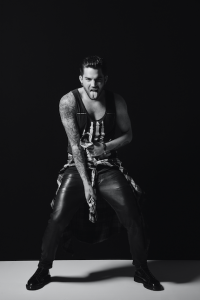 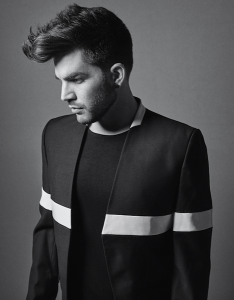