Paul Hardcastle brings back iconic record 19 to a n-n-n-n-new generation! 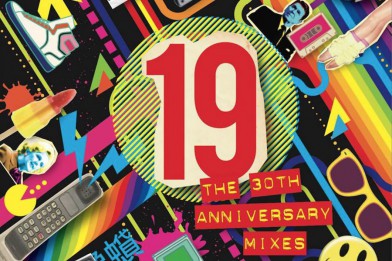 It was the groundbreaking hit with a stark, powerful anti-war message –  and now on its 30th anniversary Paul Hardcastle is bringing back his famous record 19 to a new generation.

Hardcastle – who won an Ivor Novello Award for his multi-platinum selling record – has announced the release of a special edition album along with a brand new, hard-hitting remix of 19 to support war veterans suffering from post traumatic stress disorder.

Available on double vinyl, CD and digital, 19 The 30th Anniversary Collection includes all 14 mixes of the iconic track in one package – including Hardcastle’s original demo recorded in his mum’s front room.

With its memorable ‘N-N-N-N-Nineteen’ hook about the average age of a combat soldier in Vietnam being 19 compared with 26 in World War Two, 19 reached No.1 in 13 different countries in 1985 and sold six million copies.

It was also trailblazing musically, with synth pop innovator Hardcastle being one of the first to use a sampler and the first use the legendary Synclavier Direct to Disc system therefore pioneering the digital recording process.

Hardcastle said: “When I first played it to Chrysalis Records they honestly looked at me like I’d gone mad and told me radio would never play it. But it’s just as well they took a chance as four weeks later it was No.1 across the world.

“Over the years I’ve had so many people ask for all the original versions to be released – so I have pulled together all 14 remixes of 19 in one album. The three original tracks have been remastered.

“Some are in a chilled vibe which I never thought would work but actually do. For you 80s people out there, the album includes a new electro version and also a Cryogenic Freeze Mix which I think is my all-time favourite. Also I have mixed the legendary Marvin Gaye classic ‘What’s Going On’ with ‘19’ which worked out brilliantly.

“I’ve included the original demo version that I still had on cassette tape – remember cassettes? This was the version I recorded in Leytonstone in late 1984. I actually convinced my mum that she didn’t need her front room anymore and that the TV worked better in the kitchen. You can hear the nucleus of the track forming which actually got me the record deal.”