A firm Sundown favourite, Tinie is back by popular demand to headline the Sunday whilst Saturday’s bill will be topped by Rudimental, one of the best live acts in the country and the breakthrough act of 2014! 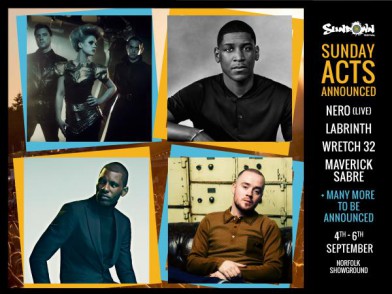 Campers get even more with an exclusive Saturday night after party with none other than garage superstar DJ EZ on the decks keeping the vibes going until 1am!