LISTEN: The Saturdays new single ‘What Are You Waiting For?’ 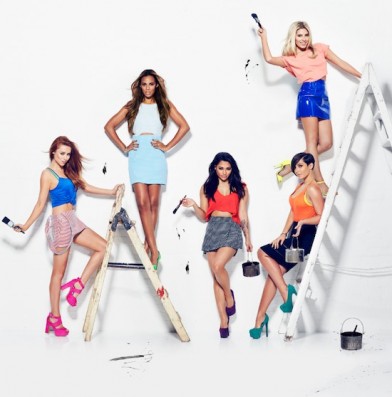 The Saturdays today announce details of their brand new single ‘What Are You Waiting For?’. Released on August 10th, it is the first new track to be released from their forthcoming ‘Finest Selection: The Greatest Hits’ a smash hit-filled album which includes three brand new songs, out on August 11th through Polydor.

‘What Are You Waiting For?, written and produced by Xenomania who were also behind the smash hit, ‘All Fired Up’, is a sure-fire summer hit guaranteed to set dance-floors ablaze this season. Laden with infectious beats and and catchy hooks tailor-made for the dance floor, The Saturdays have once again created a club hit.

The single is the first new track to be unveiled from their ‘Finest Selection: Greatest Hits’ album. Bucking the trend by releasing the collection whilst at the height of their career, fans can look forward to finally getting all the hits on one album. This is far from a farewell, and more of a celebration, with the band planning to return to the studio later on in the year to start recording their fifth studio album.

Featuring thirteen Top Ten singles, the ‘Finest Selection: Greatest Hits’ is a celebration of a successful and enduring pop career the band have enjoyed since they first debuted in 2008 with ‘If This Is Love’. As well as the three brand new tracks, the album will include fan favourites such as ‘Higher’, ‘All Fired Up’, ‘Ego’, ‘Up’ and the chart topping ‘What About Us’.

In September The Saturdays will take their new album on the road, performing to their fans in cities across the UK and taking in a show at London’s Wembley Arena. The ‘Greatest Hits Live!’ tour kicks off in Glasgow before visiting Newcastle, Manchester, Birmingham and Cardiff amongst others – full tour dates below. The Saturdays are proud to present their ‘Greatest Hits Live!’ tour in partnership with Ultimate Blends, a new haircare range from Garnier that has been blended for Britain for gorgeous hair that is full of life.

Having now sold over five million records, with four top ten albums, The Saturdays continue to be a whirlwind force in the world of pop which shows no sign of slowing down.