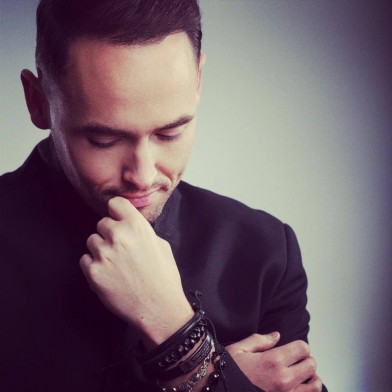 Male pop artists are a dime a dozen these days. It takes something special to stand out amongst all the belted warbling and melodramatic antics. Emerging Irish singer/songwriter Keith Cullen, with his pure vocals grounded in palpable honesty and sincerity, is such a beacon. Dublin-based Keith has been honing his musical talents from an early age. As a young lad he travelled Ireland with musical theatre companies and at 18 was accepted into the prestigious London School of Performing Arts. However, he struggled with his confidence and instead embarked upon a successful career in business and sales.

But he couldn’t suppress his creative abilities for long and in 2010 Keith decided to return full-time to music. Collaborating with fellow singer/songwriter and producer JJ Daly, he spent eight months in the studio crafting his debut album. Influenced by genres as diverse as swing, rock and pop, Keith has developed a musical style all his own. Debut single “Losing My Way” (2011) and follow-up “When I Hear Your Name” (2012), are mid-tempo piano-led loss-&-heartbreak ballads backed by strings and percussion, foregrounding his crystal-clear tenor. He also has uploaded onto YouTube an accomplished collection of covers including songs by Pink, Bruno Mars, Adele and U2.

Third single “With Eyes Open” initially features a faster EDM beat with back-up vocal hook propelling forward the up-tempo song about seeing through loved-ones’ brave exteriors and wanting to help them through their pain. “I can see behind the smiles that there is no peace / Tears would be a welcome release / If there’s something that you’re hiding you got to let me know”. Keith’s passionate yet earnest voice carries the catchy melody, soaring without overly-emotive breathy gimmicks, and his equally strong falsetto is featured well on the high notes – reminiscent of both Shayne Ward and the legendary Midge Ure.

The accompanying ultra-slick video co-directed by frequent collaborators Thomas Hefferon and Johnny Han (an acclaimed Hollywood VFX Supervisor) boasts an array of artistic visual effects which fracture, distort and multiply the images, thematically in keeping with the song. (Be sure to also check out the directors’ video for “When I Hear Your Name”, featuring a couple dancing in seemingly perilous locations on roof/bus/cliff tops.)

With his long-awaited full-length album finally due out later this year, as well as UK and Irish tour dates to be announced, 2014 is surely set to be the year when Keith will “guide us home”!