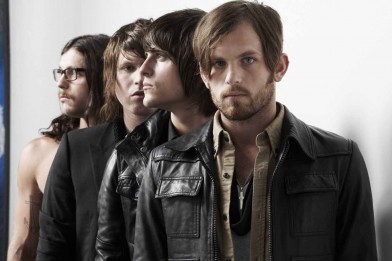 Topping off our Main Stage headliners on Sunday 15th June, Kings of Leon make a much-anticipated return to the Isle of Wight Festival for a very special Festival exclusive performance. To be there and experience this epic weekend of music and excitement, get your tickets from www.isleofwightfestival.com now.

With the Isle of Wight Festival payment plan and amazing ticket and travel packages available, it’s never been easier to be a part of the action.

Travis said: “We’re made up that we are making a trip back to the Isle of Wight, last time was a top gig. There’s a lot of rock and roll history gone down on that little island and it’s great to be a part of it again.”

We’re also excited to announce appearances from a selection of the best new and established acts, including chart toppers Travis, Clean Bandit, The Specials and John Newman. What’s more we’ve got LA duo Deap Vally, half Scottish, half Swedish singer-songwriter Nina Nesbitt, Mercury Prize nominees The Horrors, plus the hotly tipped Gorgon City and The Strypes, all performing over the weekend.

Choral rock outfit The Polyphonic Spree, From The Jam, featuring Bruce Foxton and Rick Buckler and four-piece girl group Neon Jungle will be heading to the Island this summer. Along with, Swim Deep, Chlöe Howl and The Selecter. But if that wasn’t enough, we’re also pleased to have top producer and DJ Duke Dumont, indie rockers Peace, July Talk and iconic British band TheMove all on the bill. Finally, rounding off this spectacular list of artists we have Dappy, British pop-rock band Lawson and newcomers The Vamps…roll on June! 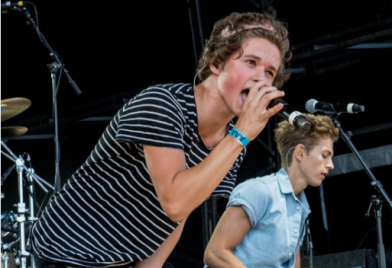 With an English Festival exclusive from Biffy Clyro on Friday 13th June, a UK & Ireland exclusive from Red Hot Chili Peppers on Saturday 14th June and now Kings of Leon on Sunday, we’re counting down the days until this incredible Main Stage line up lands on the Island.

As well as our world-class headliners, don’t miss a sensational set from Calvin Harris who closes the show on Friday night, which also features a guest performance from Rudimental. Not only that, Passenger, The 1975 & The Waterboys will also all be appearing from 12th – 15th June. Our awesome stages will be packed with the best of the best, so join us this summer for a truly unforgettable weekend.

Tickets are available now, simply head to www.isleofwightfestival.com and spread the cost with our popular payment plan, which returns for 2014 alongside various ticket and travel packages.