Today The BRIT Awards announced that Lorde and Disclosure will be joining the already announced stellar list of performers at the UK’s most prestigious music event in February at The O2. Both acts have enjoyed an incredible 12 months and will join Arctic Monkeys, Katy Perry, Bruno Mars, Bastille, Rudimental, Ellie Goulding and Pharrell Williams for an evening celebrating the biggest achievements in music in 2013.

Lorde, the 17 year old pop phenomenon of the last 12 months, shot to fame with her global smash hit single ‘Royals’. Lorde has broken chart records across the world and she gets her first BRIT nomination this year for International Female Solo Artist.

Disclosure launched their debut album ‘Settle’ in June 2013 with critical and commercial success, the album charted at number one in the UK as well as charting in the top 10 internationally. ‘Settle’ earned the band their first every GRAMMY nomination for Best Dance Album. 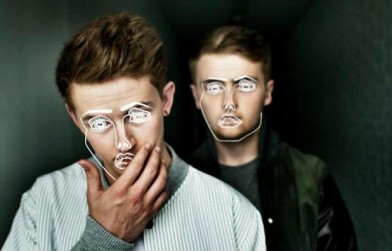 The duo have also topped the 2014 BRIT nominations along with Bastille, who both appear in four different categories. Flying the flag for new British music, each have enjoyed incredible success in 2013 with both of their respective debut albums reaching #1 in the UK chart as well as receiving critical acclaim across the pond in America. Both acts will be in direct competition with each other with their four nominations coming in identical categories.

They will be vying for the coveted statues (this year designed by legendary hat designer Philip Treacy OBE) for British Group, British Breakthrough Act, British Single (Bastille for Pompeii and Disclosure for White Noise ft AlunaGeorge) as well as the prestigious MasterCard British Album of the Year. Following hot on their tails with three nominations are Hackney drum and bass outfit Rudimental who are also up for British Album, British Single and British Group.

More line-up announcements will be made in the coming weeks.

The BRIT Awards 2014 will be held at The O2 in London on Wednesday 19th February and will be broadcast live on ITV.