Following his eponymous debut album storming the charts in the UK and around the world last week and with his January/February UK and European tour close to selling out, X Factor 2012 winner James Arthur announces new single ‘Recovery’ – out now through Syco Records.

A heady mix of gritty beats and uplifting vocal samples, ‘Recovery’ was co-written with ‘Impossible‘ songwriter Ina Worlsden and charts James’ deeply personal journey from winning the TV show to the making of his album. Building from it’s intimate stripped-back intro to a climatic conclusion of widescreen proportions, the track takes the listener on a lyrically inspiring and melodic trip further solidifying James as one of the most exciting new musical talents around. 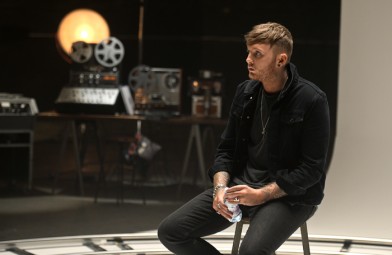 With a hectic end-of-year schedule in place including a much-anticipated X Factor performance and an exclusive show for the Crisis homeless charity, James will then embark on an extensive 2014 UK & European tour which kicks off in Ipswich on January 5th – see full tour dates below.

After winning X Factor 2012, James went on to score the biggest selling X Factor single of all time with the BRIT Award nominated ‘Impossible’. His stunning debut record, written and recorded with some of the world’s hottest producers and stars including, Salaam Remi, Naughty Boy, TMS, Mojam, Da Internz and Emeli Sandé, is out now.