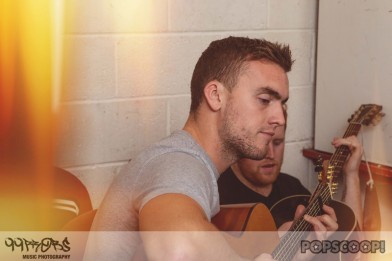 Are you in search of a male singer/songwriter who offers infectious melodies, sincere lyrics, emotive vocals and technically virtuosic guitar-playing skills? Well, look no further than rising star Ryan Keen and his debut studio album “Room for Light”!

Having picked up a guitar at an early age and learnt various styles, Ryan initially contented himself with session work for other artists whilst studying Commercial Music at university, with the intention of finding a job in either the law or management realms of the music industry. The unexpected and sudden death of a close friend however, provided the now-or-never impetus for him to seriously pursue a solo career, despite initial nerves about performing live.

Following a period on the open-mic circuit, Ryan recorded his first 4-track EP “Aiming for the Sun” in 2009, which showcased his unique instrumental technique, warm tenor and confessional lyrics – the title track dedicated to the memory of his friend. Since then he has released two further EPs (“Focus” and “Back to the Ocean”), collaborated with the likes of Ed Sheeran and Newton Faulkner, and gigged extensively, including performing as the only unsigned act at the iTunes Festival 2012 and supporting Leona Lewis this past summer.

September 2013 saw the release of Ryan’s debut full-length album “Room for Light”, which features reworked versions of older songs such as lead single “Old Scars” and the sublime “Orelia”, alongside newer standout tracks “Body Over Mind” and anthemic “Skin and Bones”. While the subject matter of his songs is often dark, the melodies typically offer a silver lining of optimism and hope. The album’s production is very intimate (you hear him draw breath and the scrape of fingers on fretboard), and the minimal arrangements are subtle yet lushly reinforcing. Following his biggest headline UK tour to date in October, he is set to visit Europe and Australia in the coming months.

Pop Scoop! recently had a great in-depth chat with Ryan before his gig at Norwich Waterfront. He talked about his busy months of touring and life on the road, the selection of tracks on his album and the essence of his song-writing, the journey that got him started in music and gave him his unique percussive finger style, who he would love to collaborate with, and the importance of social media for him. In addition, Ryan was happy to face our Quick-Fire Biographical Trivia Questions – with some surprising results!

Check out the backstage pics of Ryan Keen by our official photography partner 99Probs below:

‘Room For Light’ is available to download on iTunes now: 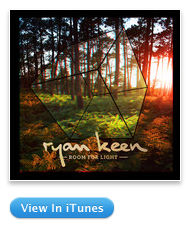